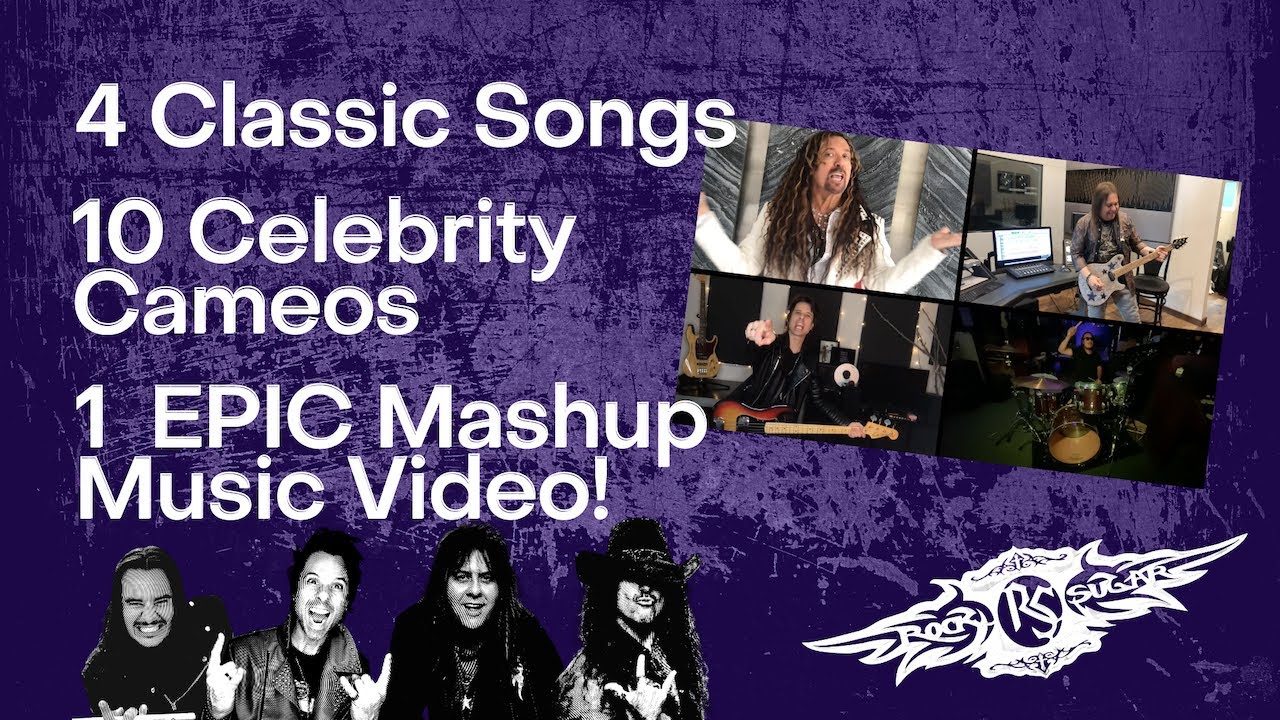 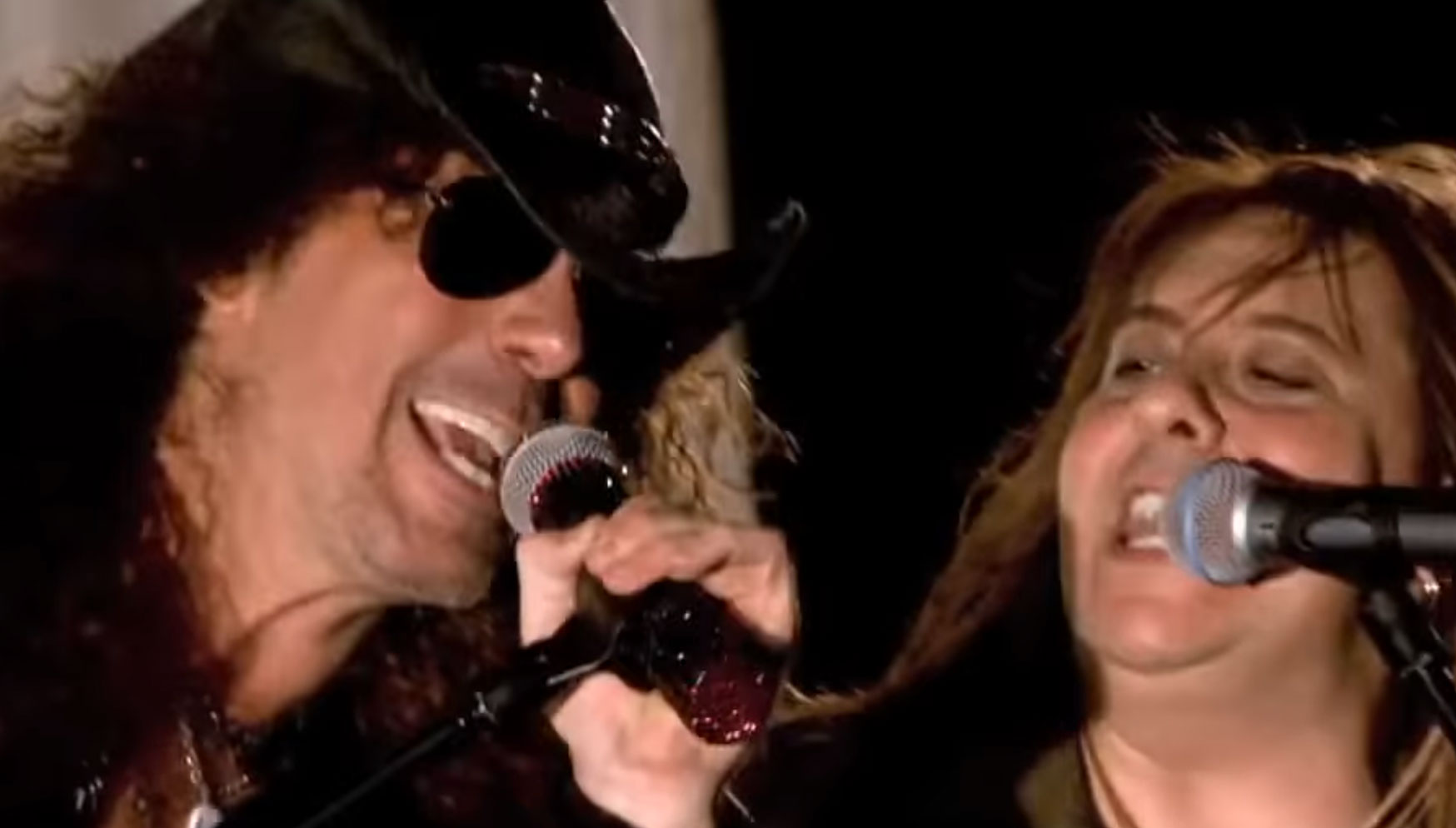 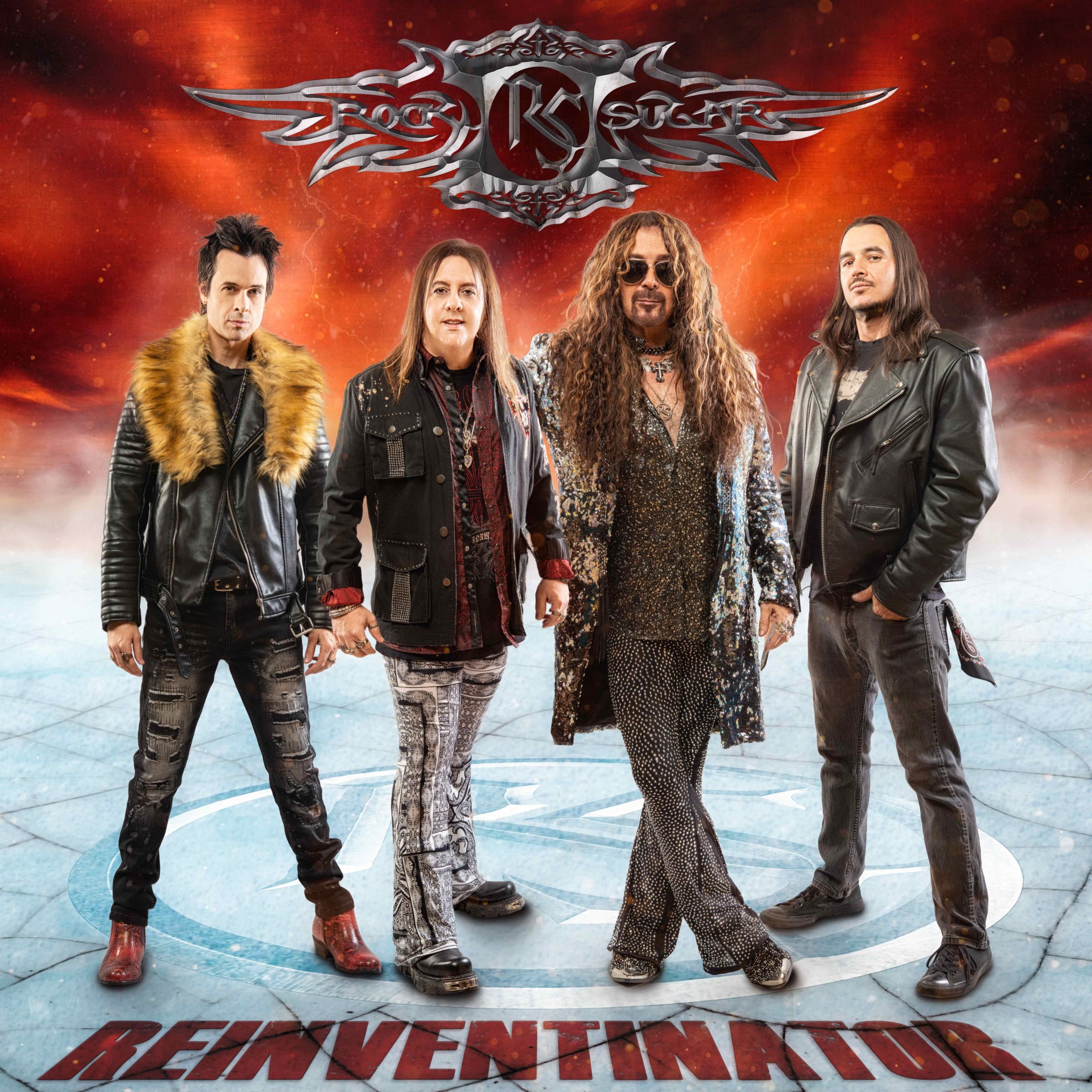 *(Also followed by trying to figure out how to use the Internet, living through a global pandemic and getting locked up in a dungeon. You gotta take the good with the bad.) ☺

2010 was the best of years for Rock Sugar. Rescued at last after two shipwrecked decades being slowly brainwashed by 80’s pop songs, and following an ill-fated performance on a sinking bat mitzvah party yacht, the band returned to their native Hollywood. However, their initial joy soon faded as they discovered just how much things had changed in their absence: their old apartment was now a foggy building called a dispensary, there was apparently an invisible worldwide web wrapped around everyone alive, and the entire universe was seemingly under the complete control of forces known as “social media influencers,” although why their influences meant more than those less social was anybody’s guess. The band adapted as best they could, and unleashed their first album, “Reimaginator”, upon an unsuspecting public. After the shock of hearing AC/DC and Madonna being flawlessly mashed together without anyone spontaneously exploding sank in, things began to soar for RS: their videos went viral and the band performed live to hundreds of thousands, sharing stages with the same artists they had posters of hanging on their walls in the tenth grade. Literally. They used to break into their schools late at night and hang glossy images of Bon Jovi, Def Leppard, Motley Crue, etc. all over their classrooms. These posters were quickly taken down and never returned to the band, an early indication of what to expect when they eventually began paying taxes. Most importantly, however, after their return from the island, they began to assemble their beloved “fam club”, The Sugarheads, from all across the globe, without whom the lives of Rock Sugar would never have been nearly as sweet.☺

After this whirlwind of activity, the band members tried to assimilate into a culture that had changed immeasurably since they’d been gone. So many things were different, but people always needed their pizzas delivered, so their day jobs were largely the same. And soon, a miracle occurred: even though nefarious forces had taken lethally sharp scissors to the entire rock and roll hair band genre since the carefree days of the 80’s, Rock Sugar’s desert island exile with only pop tunes to listen to had lingering effects. The band were well able to appreciate great songs (or great people), with or without power chords, no matter what they might be labeled, how they appeared on the surface or any other trivial details. And thanks to some magical and new-to-them online sources, RS discovered many great new pop songs, including thousands on something called YouTube that were apparently and miraculously somehow performed entirely by cats! With classic 80’s hard rock anthems never far from their minds, exciting new ideas began to form and the second, even more daringly insane, Rock Sugar masterpiece slowly began to crystallize – and after all, crystals are rocks. Soon enough, if you consider eleven years soon enough, the new Rock Sugar album was nearing its completion. However, much like an undersea stone wall sinking a doomed bat mitzvah party yacht, just below the surface, trouble was brewing.

Fun loving mash up aficionados weren’t the only ones who had closely followed Rock Sugar’s path. Schlomo Rosenberg, the still angry party holder on the previously mentioned sunken yacht, had also caught wind of RS’s return. Reasoning that they owed him a yacht and after much careful planning, Schlomo made the only logical choice, kidnapping the band and tossing them into a dungeon. (Little known fact: many people who have yachts also enjoy dungeons. Go fig!) Yet even there, the creative ideas of unifying seemingly very separate musical styles and proving they could coexist in perfect harmony could not be stopped. After all, as years had gone by, the band, and the world, had seen unnecessary divides form between all kinds of groups and styles of people who actually could’ve mixed together as beautifully as Kiss and Paula Abdul. The only trouble was that it’s hard to play guitars and execute musical and social revolution when you’re chained up to a wall in a dungeon. However, the band somehow managed to send out an S.O.S., and before long, with the invaluable help of the ever-loyal Sugarheads, Rock Sugar made their escape and put the finishing touches on what you are now about to hear. We hope and believe you’ll find that whatever was big on the first album is huger here, what was crazy is far more insanely inspired, what rocked then pops way harder now, and most of all, if the first album made you smile ten times, we’re shooting for a hundred this time around. So make yourself comfortable and get ready to hear more of your favorite songs, from both then and now, in ways you never even imagined, and yet ways that sound like maybe they were meant to be cool being together all along.

“A great idea of mashing together classic rock and pop covers within the same song that you’ve got to hear to believe. On their way to becoming one of the biggest bands in the world with millions of Youtube hits, tons of publicity and high profile concerts worldwide for crowds of over 100,000. Absolutely mesmerizing and the buzz is louder by the minute.”

“Superly, fantastically awesome. A balls to the wall rock show with a singer who can mimic anyone. Expect Rock Sugar world domination.”

“The world’s first pop-metal mash-up band, Rock Sugar is an internet sensation with a unique spin. They combine 80’s metal with 80’s pop for something completely different, yet totally familiar.”

“An incredible experience that has to be seen to be believed. Harnell’s between-song raps often had the crowd in hysterics and their absurd mash-ups work so fantastically well you question your sanity as you’re singing along. A perfect 10!

“I was so blown by Rock Sugar. I absolutely love these unconventional new arrangements of once familiar songs.”

“One of the best and most memorable performances at a festival, ever. There is absolutely no doubting what a consummate showman Jess Harnell is nor must I forget the rest of the band. Audience involvement was received in spades & attested to the huge energy level being generated by this band.”

“You have to hear this! Inspired and twisted at the same time and ultimately the best party band you will ever see. You play it and people freak out before demanding their own copy. Prepare for the Sugar Revolution!”

“The Mash-Up Masters and one big mega mix of classic rock goodness. Rock Sugar’s appeal is undeniably bolstered by the fact that Jess Harnell is without a doubt the best rock and roll impersonator ever,"

“Twisted and beautiful, a stunning surprise. The response to their pop/metal reinventions has been amazing. The mashed-up classics are sublime. Rock Sugar is the greatest party band of all time.”

“Don’t make the mistake of thinking Rock Sugar is a cover band. Though it’s lots of familiar songs, you’ve never heard them like this and live, they take it to a whole new level. Great fun.”

If you're interested in bringing Rock Sugar to your town, let us know!  And, If you help us book a show in your town, you and a guest will be VIP'd at that show! We want to hear from you and bring this amazing entertainment experience to your city!

Thanks for your message! Rock Sugar will be in touch with you soon! 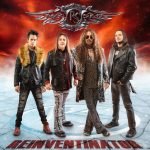 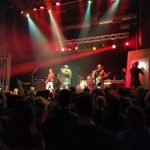 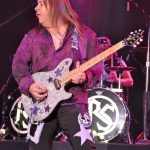 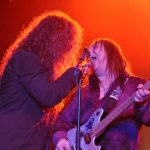 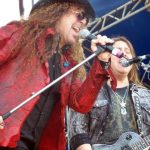 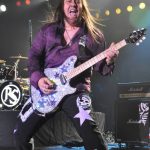 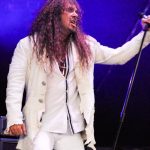 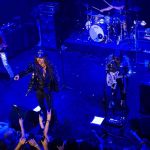 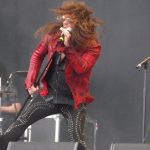 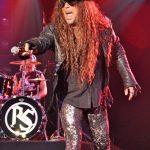 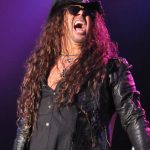 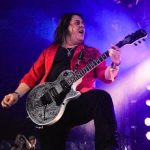 Wanna get SUGAR-ED? Join our mailing list so you can be the first to receive Rock Sugar news, offers and concert updates!